In Remembrance of Wendell Swenson 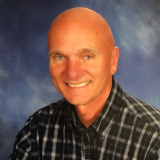 Wendell was born in Rapid City, South Dakota on February 25, 1951 and is the son of the late George and Mary Swenson of King City, MO. Wendell was a 1969 graduate of King City High School. Shortly after graduation, he married his grade school sweetheart, Alice Faith Ness. Wendell and Alice started their family and eventually settled in the Kansas City area where he worked as a sheet metal laborer for many years. Wendell would eventually retire while residing in Smithville to spend even more time with his family, friends and community. This is also where he would continue his career as a fulltime Grandpa.

Wendell was a servant of God, evidenced every day by his faith, his words and especially his actions towards others. Everyone who knew him has a memory of a time he helped them out, never expecting anything in return. Wendell loved the company of his family and friends and making them laugh came so natural. He never met a stranger and he was a friend to all of God's creatures. His life wasn't governed by timelines; he always found time to pet an animal or take a snake to a grandkid's show and tell. Wendell was a constant presence at all of his grandchildren's activities and was their biggest supporter. He had a song for every occasion and a Seinfeld quote for every situation. His joy of life was infectious.

Wendell was preceded in death by his parents, as well as his brothers, Victor and Walter.

Wendell is the well-loved Bald Man with a Corgi by his side that will forever be missed.

Services for Wendell will be at Grace Community Church in Smithville, MO on February 25 at 5:30pm. Visitation will follow from 6:30pm till 8pm.

In lieu of flowers, donations can be made in his memory to Huntington's Disease Society of America. This can be done online at http://uppergreatlakes.hdsa.org/swensonmemorial or at the time of the visitation.