In Remembrance of Wayne Johnson 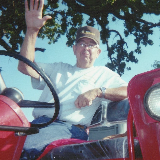 Wayne was born on February 14, 1943 to Melvin and Faye Johnson on a farm near Clarksdale. He attended school in Clarksdale for 11 years and graduated from Stewartsville High School in 1961.

After high school Wayne began work in St. Joseph at Associated Grocers and Affiliated Foods. He retired from Affiliated Foods after 37 years. After he retired, he attended to the family farm in Stewartsville.

On January 23, 1965 he was united in marriage to Charlotte Watson in Stewartsville. Wayne was a member of the Camden Point Christian Church.

Wayne was preceded in death by his parents.

A private family graveside service will be held Tuesday, Dec. 22nd at the Stewartsville Cemetery. A celebration of life will be held at a later date.

In lieu of flowers the family suggests memorials to the Camden Point Christian Church or the Leukemia/Lymphoma Society https://charity.gofundme.com/o/en/campaign/in-waynes-memory/rechellehoffman