In Remembrance of Vicki Thomas 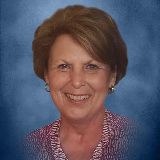 She was born on November 16, 1950 to Thomas E. and Hazel D. (Uthe) Land. Vicki grew up in Smithville and graduated from Smithville High School.

She was a hairdresser for many years and owned and operated her own shop in Smithville.

In June of 1969 she was united in marriage to Richard Thomas. After their marriage they lived in Smithville where they made their home and had their three sons. Her husband preceded her in death on September 27, 2019.

She was also preceded in death by her parents; brother, Tommy Land; and her son, Shane Thomas.

Funeral Service: 3:00 p.m. Saturday, October 24th at Hixson-Klein Funeral Home, Smithville with visitation from 1:30-3:00 p.m. prior to the service.