In Remembrance of Vaughn Matthews 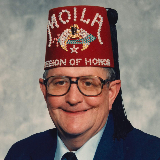 Robert Vaughn Matthews, 82, of Stillwell, KS, formerly of Gower, MO passed away December 23, 2019 in his home.

Robert was born April 28, 1937 to Raymond L Matthews and Ella B. Vaughn Matthews in St. Joseph, MO. He grew up in Gower, MO where his brother and him helped their parents with the family slaughterhouse business. Robert began his career with Armor Foods but would end his working days for the Blue Valley School District. He married Lillian M. Cline and they had two children, Paul and Patti. Robert adopted Lillian’s first child, Pam. They would later divorce.

His love for the game of baseball started at a young age and later was able to share this passion with his youngest daughter Patti. They would attend many KC Royals games together throughout the years and was fortunate enough to experience a World Series game at the K in 2014. He also loved any kind of motor sports racing, especially drag racing. He traveled the country with his son in-law (Steve) and daughter participating in motorcycle drag racing. It was obvious how proud he was of Steve. Robert didn’t know a stranger, making friends wherever he went. No matter where you went, everyone knew Bob and loved him. He was also a 40+ year member of the Elks Lodge, and a 50+ year member of both The Shriners and the Masonic Lodge.

He was preceded in death by his parents, his brother, R.L. Matthews and his son. Paul.

Robert is survived by his daughters Pam Matthews, Prairie Village KS, and Patti Smithers (Steve), Olathe KS, and many friends he met during the journey of his life.