In Remembrance of Trent Holland 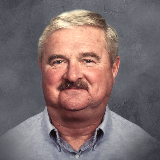 He was born on July 18, 1948 to John and Mildred (Garrett) Holland in Christopher, IL. Trent received his Bachelor’s Degree from Southern Illinois University. He then served his country as an officer in the U.S. Marine Corps for 23 years, retiring as a Major.

On June 16, 1973 he was united in marriage to Bonnie Lowry. They led an exciting life while being stationed across the United States through the Marine Corps.

Trent was a member of Smithville American Legion Post 58. He was active in Cub Scouts with his son and was an avid hunter and fisherman.

He was a member of the First Christian Church in Smithville.

Memorial Service with Military Honors: 7:00 p.m. Tuesday, August 17th at Hixson-Klein Funeral Home, Smithville, MO with visitation one hour prior to the service.