In Remembrance of Roy Ruud 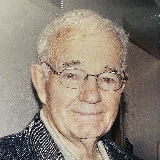 He was born on August 17, 1924 to Leonard G. and Violet Fern (Antrim) Ruud in Worthing, South Dakota where he grew up and graduated from Hartford High School.

Roy enlisted in the US Navy on 26 March, 1943 as a selective volunteer. He attended basic training at the Naval Training Station, Great Lakes, Illinois. His highest duty rating was fire controlman, 3rd Class. He also apprenticed in the Navy as a machinist and electrician. His 1st assigned ship was the USS Decatur, DD-341. Following the Decatur’s decommissioning, he became a plank owner on CV-37, the USS Princeton. During his service aboard the Decatur he saw combat in the Atlantic and Mediterranean theaters. The Decatur was specifically recognized for her combat performance while on classified missions during this period of the war. Roy often volunteered for KP duty in the mess so that he could get a sandwich any time he wanted. Roy also served in the Pacific aboard the Princeton. He was honorably discharged following the war on 01 December, 1946. In addition to the service ribbons such as the Victory Medal, Atlantic, Pacific, & Mediterranean service ribbons, Roy was also awarded the Good Conduct Medal.

On September 3, 1950 he was united in marriage to Geraldine Ann Matthies. After their marriage they lived in Hartford, SD and in 2005 they moved to Trimble, MO.Roy was an active member of Trinity Lutheran Church in Hartford, SD where he served as Sunday School Teacher, Sunday School Superintendent, Treasurer and sang in the choir. He was also a lifetime member of the VFW Post #628 in Sioux Falls, SD.

He worked for John Morrell retiring after 32 years and was a union steward. Roy’s passion was in farming and raising sheep. In his retirement he enjoyed woodworking and traveling. Most of all, Roy loved spending time with his family.

Roy was preceded in death by his parents; his brothers, Lester Ruud and Raymond Ruud; and his sisters Fern Ruud and Bonnie Edgecomb.