In Remembrance of Rodney Ehnen 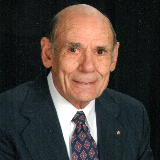 He was born on September 26, 1934 to Carson Jake and Nina (Romine) Ehnen in Plevna, KS. He graduated from Rocky Comfort High School in Rocky Comfort, MO. He then served his country in the U.S. Army.

On February 22, 1957 he was united in marriage to Emily Sue Dodson. After their marriage they lived in Wichita, KS for six years where he worked for Boeing. In 1963 they moved to the Kansas City area and worked for TWA. In 1969 they moved to Smithville where they made their home. Rodney retired from TWA in 1992. After his retirement he enjoyed woodworking and gardening.

Donations may be made to the Smithville United Methodist Church.