In Remembrance of Ralph "Eddie" Martin 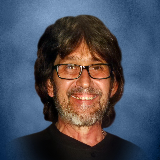 He was born on March 20, 1956 to Ralph Leland and Wilma June (Boydston) Martin in Smithville, MO. Eddie grew up in Camden Point and graduated from North Platte High School. He served his country in the U.S. Army for 18 years and during Desert Storm.

On January 29, 2016 he was united in marriage to Cindy Kay Thompson. After their marriage they lived in Kansas City.

Eddie loved fishing, being outdoors and spending time with family. He enjoyed studying his bible and became an ordained minister.

In lieu of flowers, donations may be made to Hixson-Klein Funeral Home.