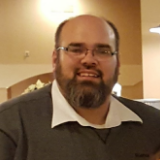 He was born July 3, 1979 in Smithville, MO. Troy grew up Edgerton, MO and in 1997 he graduated from North Platte High School.

On November 3, 2001 he was united in marriage to Courtney Renee Farmer. After their marriage they lived in Kansas City where they made their home. Troy was a devoted husband and father. He found great joy in being a Dad and watching and supporting his children in everything they did. Troy had an amazing huge heart and never knew a stranger.

Troy was currently working for Langley Recycling in Kansas City. He enjoyed going to the lake, taking his children hunting and fishing and being with family and friends.

He was preceded in death by his parents Junior Eugene “June Bug” and Roberta “Bert” (Clayton) Shanks.

Troy is survived by his wife Courtney Shanks; children Tyler, Peyton and Madilynne all of the home; brothers and sisters Andrea, Jodie and Mike; numerous other relatives and many, many friends.

In honor of his love for the game, the family request you wear any Staley spirit gear or the school colors, green and black.

Private family inurnment will be held at a later date at Dearborn Cemetery.

In lieu of flowers, donations may be made to Troy Shanks Memorial Fund at US Bank.