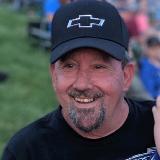 He was born on December 27, 1952, to Vernon Dwight Wade and Betty Jean (Wuttke) Wade in Excelsior Springs, MO. He grew up in Smithville and graduated from Smithville High School. Steve served his country in the United States Air Force.

On June 28, 1985, he was united in marriage to Lisa Marie Brown. After their marriage in Kansas City, MO and later Liberty, MO where they made their home.

Steve owned Pro Landscaping/Liquid Sod. He enjoyed his dune buggy, mushroom hunting and watching birds. Steve was always willing to help anyone in need and loved being with his family. He was a wonderful husband, father, and pahpaw who will be dearly missed.

Steve was preceded in death by his father Vernon D. Wade; his mother Betty McLaughlin Wade; and his brothers John Arthur Wade and Larry Dwight Wade.

He is survived by his wife Lisa Wade; children Kari McKinney, Erik Wade, and Jacob Wade and wife Miranda; grandchildren Keenan, Isabella, Lexi, and Riley; other relatives and many friends.