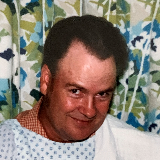 He was born on February 14, 1940 in Craig, MO to William Louis and Lou Fern (Stephenson) Gates.

In 1958, he graduated from Plattsburg High School. On August 27, 1960 he was united in marriage to Ruth Auxier. They made their home in Gower.

Richard started out farming like his father had taught him. A few years later, he became an auto mechanic, which would become his profession for the rest of his life. He enjoyed coon hunting, fishing, playing cards and working in his garden.