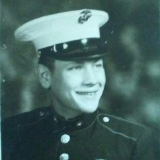 He was born on October 20, 1953 to Lester Ray and Margaret Louise (Dingman) Day in Kansas City, MO. He grew up in the Kansas City area and attended Ruskin High School in Kansas City. Neal then served his country in the U.S. Marine Corps. After his honorable discharge, he started his career as a teamster for Signal Delivery and later worked for several other teamster companies as a truck driver and dock worker. In 1992 he began driving for A.B.F., retiring in 2010.

Neal was a member of the Smithville American Legion Post #58. He loved playing guitar, singing and entertaining everyone. Neal also enjoyed riding his Harley and loved watching the Chiefs on Sunday.