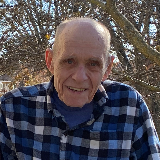 John A. Brubeck, 79 of Gladstone, MO formerly of Smithville, MO passed away January 3, 2021 at home surrounded by his family.

He was born on December 31, 1941 to Orville Kinzey and Alberta Jane (Sharp) Brubeck in Tracy, MO. John grew up in rural Platte City and in 1960 he graduated from Platte City High School.

On October 14, 1961 he was united in marriage to Mildred A. Bennett. After their marriage they made their home in Smithville. In 2013, they moved to Gladstone, MO.

John was a member of the Rising Sun Lodge #13 in Kansas City, MO. He worked for Builder’s Steel in North Kansas City and Armco Steel in Kanas City until they closed. He then worked for the Smithville School district where he retired after several years.

John and Mildred spent several years working the Muscular Dystrophy Association where they helped with the Telethons and other fundraising events. He enjoyed spending time outdoors and doing woodworking. Most of all John loved being with his family and friends.