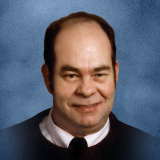 He was born on July 16, 1946 to Benjamin and Daisy (Rice) Stafford in Dearborn, MO.  Joe grew up near Gower and graduated from Gower High School. He then served his country in the U.S. Marine Corps during the Vietman War.

On November 17, 1973 he was united in marriage to Karen Worl. After their marriage they lived in Gower where they made their home.

Joe worked for Wagner Industries for 23 years. He was a member of the First Baptist of Gower. Joe worked on small engines for many years. After his retirement, Joe and Karen, spent their time painting barn quilts. Joe’s family meant the world to him and he will be deeply missed by them all.

Donations may be made to the Allen Cemetery.