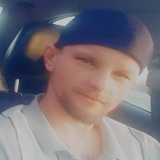 He was born in Whitter, CA and lived in California, Arkansas and later moved to Missouri.

He was preceded in death by his grandparents Donald and Mary Stubbs, his father Ray Allen and his brother Nic Allen.

Jesse is survived by his mother, Carol Broderick and husband Bren; his wife Amanda Allen; his son JR and his daughter Bella and her mother Ashley.

Graveside Service will be held at Camden Point Cemetery.