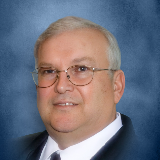 He was born on June 23, 1947 to Andrew Franklin and Eunice Maxine (Blankenship) Tester in Smithville, MO. Bennie grew up near Plattsburg and graduated from Plattsburg High School in 1965. He attended Central Missouri State University where he received his bachelor’s degree in Automotive Technology. Bennie then served his country in the U.S. Army during the Vietnam War.

On June 11, 1977 he was united in marriage to Deborah Hartsock. After their marriage they lived outside of Holt where they made their home.

Bennie worked in the paint industry in North Kansas City from 1972 to 2008. He worked on the family farm with his dad and enjoyed spending his free time there.Bennie was a lifetime Baptist. He was preceded in death by his parents and sister Andrea Sue Smith.

Bennie is survived by his wife, Deborah, of the home; children, Sarah (Jerry) Moyer, Rachel (Jesse) Schemm, and Paul (Tiffany) Tester; grandchildren, Hannah and Matthew Moyer, Axel, Emma and Josephine Schemm, and Andrew, Makayla and Sadie Tester; several nieces and nephews, other relatives and many friends,

In lieu of flowers donations may be made to the St. Jude's Children's Hospital or donor's favorite charity.