In Remembrance of Paul Coleman 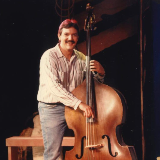 He was born on July 11, 1949, to Austin W. Coleman III and Kathryn (Viergever) Coleman in Topeka, Kansas. Paul grew up in Topeka and graduated from Topeka High School. He did his undergraduate studies at KU and later graduated with his Juris Doctor from Washburn University in Topeka, KS.

Paul practiced law both corporate and private for several years. He belonged to and was active with the Topeka Bow Hunters and the Missouri Bow Hunters Association. Paul was an avid musician and was a member of the Shyster Mountain Boys and he also sang in his church choirs.

While shooting archery a mutual friend introduced him to Deena McCamis and they spent 36 wonderful years together. They lived in Gladstone, MO in 1999 they moved to rural Dearborn, MO where they made their home.

He was preceded in death by his parents and an infant sister.

Paul is survived by Deena of the home; his brother Bill Coleman; two nephews; other relatives and many friends.

A Celebration of Life will be held later. Arrangements by Hixson-Klein Funeral Home, Gower.