In Remembrance of Naomi Morgan 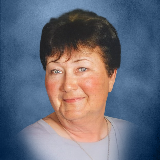 She was born on November 4, 1936 to Victor and Elva (Garrett) Yelton in Coldwater, KS. Naomi grew up in Gentry, AR where she graduated from Gentry High School.On October 31, 1954 she was united in marriage to Vernon Morgan. After their marriage they lived in various places and in 1994 settled in Kansas City where they made their home.

Naomi was a telephone operator for Southwestern Bell. She was a semiprofessional bowler and a bowling instructor. Naomi was a private pilot and enjoyed hunting, fishing and painting. She also drove a school bus and was a mail carrier for many years.

Naomi was a member of the Northwest Bible Church in Kansas City where she made many friends.

She was preceded in death by her parents.