In Remembrance of Mark Weese 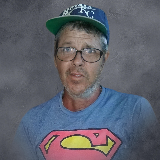 He was born on November 24, 1963 to William Earl and Bonnie Lou (Misner) Weese in Smithville, MO. Mark grew up in Kansas City and in 1982 graduated from Oak Park High School.

He was a member of the Heritage Bible Baptist Church in Kansas City, MO. Mark enjoyed mowing and landscaping with his dad. He was an avid sports fan and loved the Royals and the Chiefs.

Mark was preceded in death by his father Earl Weese and his brother Greg Weese.

He is survived by his son Markis Weese and wife Magen; grandchildren Carter, Mason and Sofia; his mother Bonnie Weese; sister Debbie Stubbs and husband Rick; several nieces and nephews; other relatives and many friends.

Donations may be made to the Heritage Bible Baptist Church.