In Remembrance of Louise Mindrup 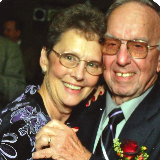 She was born on April 13, 1932 to Charley and Mary Helen (Arnold) Reineke in Parkville, MO. Louise grew up in Ridgley and graduated from Edgerton High School.

On February 3, 1953 she was united in marriage to Eugene Mindrup. After their marriage they lived in Barstow, CA, in 1954 they returned to Edgerton, and in 1958 they moved to rural Kansas City where they made their home. Gene passed away July 16, 2011.

Louise enjoyed being a homemaker and babysitting her grandchildren, great-niece, and great- grandchildren. She was also a caregiver for her husband and parents in their later years. Louise loved taking care of everything from her flowers to her family.

She was an active member of the Barry Christian Church, where she organized the kitchen and helped run the annual turkey dinner.

Louise was also preceded in death by her parents and two brothers Robert Reineke and his wife Myrt and Charles Reineke; and brother-in-law Ed Wolfe.

Private Family Graveside Service will be held at Ridgely Cemetery.