In Remembrance of Linda Lyons 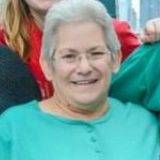 She was born on May 10, 1957, to Lloyd Edward, Sr and Alberta (DePung) McDowell in Kansas City, MO. Linda grew up in Gower and graduated from East Buchanan High School in 1975.

On April 14, 1978, she was united in marriage to Eugene Allen Lyons. After their marriage they lived in Gower where they made their home and raised their family.

Linda worked in the bakery in Hochenauer’s in Gower and later worked in hospitality at Heartland Hospital in St. Joseph where she retired. Linda enjoyed reading and loved spending time with her family, especially her grandchildren.

She was preceded in death by her parents Lloyd and Alberta McDowell, and her brothers Johnnie, Mike, Tim and Bill McDowell.

No Services will be held at this time.