In Remembrance of Leonard Mosby 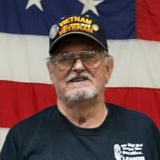 He was born on October 22, 1941, to Elden Leonard and Lura Maxine (Swaney) Mosby in Smithville where he grew up and in 1961 graduated from Smithville High School. He then served his country in the U.S. Navy during Vietnam aboard the USS Constellation. After his honorable discharge he farmed in the Smithville area and earlier worked for Kenworth Trucking Company as a mechanic. Leonard then worked for T.W.A. and American Airlines as a jet mechanic until his retirement in 2004.

He was preceded in death by his parents Elden and Maxine Mosby and brother-in-law Jim Reynolds.