In Remembrance of Lemly Morgan 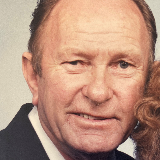 He was born on July 3, 1935 to Ofies Lafayette and Alma Mae (Jones) Morgan in Dyess, Arkansas, where he grew up and attended school.He was united in marriage to Virginia (Cox) Morgan for 23 years. They made their home in Kansas City, MO.

Lemly was a truck driver and mechanic for many years. He was an avid Royals and Chiefs fan. Lemly was a devout child of God.