In Remembrance of Larry L. Gray 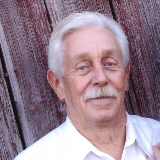 He was born on September 27, 1943 to Lloyd Mark and Leota Mae (Anderson) Gray in Buchanan County. Larry graduated from Easton High School in 1961.

On March 30, 1962 he was united in marriage to Eva Lorene Coffey. After their marriage they lived in the Easton area where they made their home.

Larry was a homebuilder in the area and was co-owner of GMG Construction in the community for many years retiring in 2004. He loved watching his grandchildren play sports, the Chiefs, Royals and most of all the Bulldogs.