In Remembrance of Kay Wright 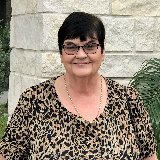 She was born on November 29, 1950 to Charles Wayne and Wilma Adeline (Johnson) Fox in Maryville, Tennessee. Kay grew up and attended school in Illinois and Tennessee.

On July 3, 1967 she was united in marriage to Denver Wright. After their marriage they resided in the Kansas City Metro area and finally made their home in Smithville.

Kay had a passion for helping others and made a career in nursing. She worked at Spelman/St. Luke’s Northland Hospital in Smithville where she was an LPN until she bridged over and became an RN from her hard work at Park College. She then became a member of the IV therapy team at KU Medical Center for many years. Towards the end of her career she got certified by the State of Missouri and taught students and got them CNA certified at Pleasant Valley Manor. She finally retired in 2007 to devote time to her family. Her and her husband Denver bought a second home in southern Texas where they spent their winters enjoying life to the fullest.

Kay was preceded in death by her parents; and her brother, Charles “Al” Fox; brother-in-law, Jerry Clevenger.