In Remembrance of Kathy Hinton 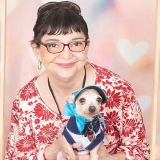 On March 14, 1987 she was united in marriage to Guy Hinton. After their marriage, their marriage they lived in Franklinton, NC, Old Fort, NC and moved to Smithville in 2008. Guy and Kathy were foster parents for many years.