In Remembrance of John Johnson 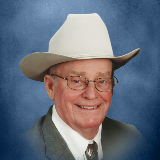 He was born on July 23, 1936 to John Curtis and Veda Eudora (Bowers) Johnson in Tecumseh, Oklahoma. He grew up in Lewis, MO and attended Calhoun High School. He then served his country in the U.S. Army. After his honorable discharge he lived in Kansas City and in 1971 moved to Gower where he made his home.

He owned and operated John’s 66 Service Station and later John’s Repair. John was a 50-year member of the Masonic Lodge and a member of the Gower American Legion Post 393.

Donations may be made to the Gower Cemetery Association.