In Remembrance of Joe Lanning 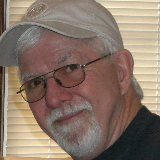 He was born on February 26, 1947 to Louis and Virginia (Durkin) Lanning in St. Joseph, MO. He grew up in St. Joseph, Maryville, and Boone, Iowa and graduated from Lathrop High School in 1965. He then enlisted in the U.S. Navy and served during the Vietnam War on the USS Hancock and the Enterprise.

On July 21, 1990 he was united in marriage to Lisa Schuster. After their marriage they lived in Gower and raised their families.

Joe worked for many places including, Tri-City Implement, Everett Quarries and retired from Lipton Tea in 2013. He acquired many friends along the way. After his retirement, he enjoyed working on the farm, fishing, and spending time with his family.