In Remembrance of Jim Norris 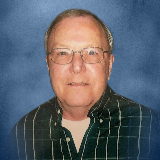 He was born on July 11, 1933 to Jessie Franklin and Sarah Ellen (Canada) Norris in Bexar, Arkansas. Jim grew up and attended school in Cave City, Arkansas. He then served his country in the U.S. Army during the Korean War.

On December 15, 1965 he was united in marriage to Sarah E. Smith. After their marriage they lived in Gower and in 1977 they moved to Kansas City where they made their home. His wife, Sarah, preceded him in death on September 26, 2002. Jim later returned to Gower.Jim worked at Farmland Industries for over 25 years. After his retirement he was a shuttle bus driver at North Kansas City Hospital.

He was also preceded in death by his parents; brothers, Bill Norris and Daniel Norris; sisters, Sarah Norris, Aleta Filipponi, and Lucy Carr.