In Remembrance of Jim Brachtesende 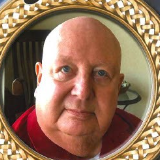 He was born on April 3, 1941, to Joseph Henry and Ruth (Bode) Brachtesende in St. Louis, MO. Jim grew up in Kirkwood, MO where he graduated from High School. He later graduated from St. Louis University where he received his Bachelors Degree in Engineering.

On May 15, 1971, he was united in marriage to Sharon Kay Wood. After their marriage, they lived in Kansas City, MO and Independence, MO where they raised their family. They later moved to Blue Springs, MO. Jim worked as an Engineer for several years.

Jim is survived by his wife Sharon Brachtesende; son Daniel Brachtesende and wife Andrea; sisters Peggy Miller and husband Al and Nancy Shaw; other relatives and many friends.

Private graveside will be held at Frazier Cemetery, Agency, MO.