In Remembrance of Jerry Grame 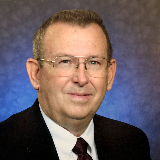 He was born January 7, 1943, to Charles and Beatrice L. (Chmidling) Grame in San Diego, CA. Jerry grew up in rural Platte County and graduated from West Platte High School in 1961. He attended Benedictine College in Atchison, KS.

On December 2, 1973, he was united in marriage to Alnoma Clemens. After their marriage they lived in Platte City where they made their home.

Jerry retired as a parts manager from TWA.

Services will be held at a later date.