In Remembrance of Jerry Cox 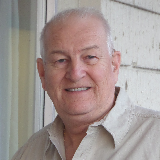 He was born on December 19, 1944 to Elton and Mildred (Tobias) Cox in Salt Lake City, Utah. Jerry graduated from Hillcrest High School in 1963. He served his country in the U.S. Army during the Korean War.

On September 10, 1983 he was united in marriage to Karen Sue Ramey. After their marriage they lived in Kansas City where they made their home.