In Remembrance of Jason Beets 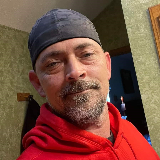 Jason Patrick Beets, 43, formally of Smithville, Mo, passed away unexpectedly from the results of a car accident on Monday December 27, 2021.

Jason loved his family, the outdoors, mushroom hunting, and had a passionate love for football. Jason worked as a lineman and loved doing assembly line work with companies such as Ford Motor Company, Riverside Seat Company and Utilimaster.

Jason was a member of LifeChurch of Raytown where he was recently baptized and had a newfound love for Jesus.

Jason was a loving father, son, brother and friend and he will be truly missed.