In Remembrance of James Hoke 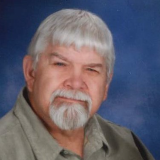 James Robert Hoke of Smithville, MO passed away on November 22nd 2022 at the age of 75. After several months of declining health, James died peacefully at NorthCare Hospice House.

James was born in Norfolk, Virginia on April 15th, 1947, to Elmer and Catherine (Bennett) Hoke. He was the oldest of seven children. The family moved to Smithville in 1960 and he graduated from Smithville High School in 1966. James married Kathy Noland on January 29th, 1970. James was a member of the Smithville Methodist Church. He was active in The Boy Scouts of America for 35 years including 14 years as Scout Master for Troop 412, 3 trips to Phillmont High Adventure Camp and 35 trips to Bartle Scout Reservation. He was a Honorary Warrior, Sachem Red Evening Sun in the Tribe of Mic-O-Say.

James was preceded in death by his parents and grandparents.

Burial will be held at Community of Smithville Memorial Cemetery for the family.