In Remembrance of Jack Woods 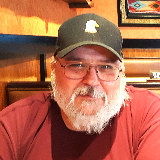 On Saturday, January 14th 2023, Jack E Woods, passed away.  He was seventy-four. Born to Gale and Valene Woods, he graduated Platte County R-3 High School in 1966, and went on to attend Mizzou in Columbia, Missouri, graduating with a Bachelors degree in Forestry in 1970. He attended the Masters program for the same.

He was an avid outdoorsman, enjoying hunting, fishing, and camping. He attended many of his son's scouting activities, and trips, earning the nickname "Smokey" for his knowledge of woodsman ship and gentle nature. Shortly out of college, he married Susan, with whom he had two sons. He was a caring father to his sons, and to his mother, Valene, looking after her in her later years.

There will be no services will be held at that time.