In Remembrance of Jack Petitt 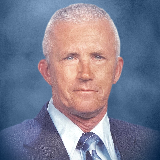 He was born on January 14, 1935 to Willard Howard and Katherine Frances (Shepherd) Petitt in Smithville, MO. Jack grew up in Smithville and graduated from Smithville High School.

On November 29, 1958 he was united in marriage to Freta Mosby. After their marriage they lived in Smithville where they made their home.

He was preceded in death by his parents; sister, Jean Shaw; brother Jerry Petitt; and son, Howard Petitt.