In Remembrance of Homer Goad 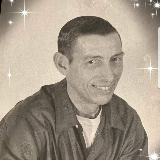 He was born on January 5, 1926 to Samuel and Myrtle (Quinn) Goad in Plattsburg, MO where he grew up and attended school.On January 21, 1955 he was united in marriage to Mary Gardner. After their marriage they lived in Plattsburg where they made their home. His wife, Mary, passed away on April 6, 1992.

Homer was a truck driver for Newby Brothers many years. He then worked at Oakridge in Plattsburg until his retirement. Homer enjoyed fishing, the outdoors and spending time with his grandchildren.

Funeral Service: 11:00 a.m. Saturday, November 5th at the First Baptist Church in Plattsburg with visitation one hour prior to the service.