In Remembrance of Frank Corless 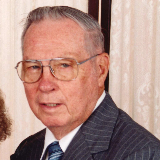 He was born on June 30, 1928 to Roy Franklin and Edna Velle (Young) Corless in Rochester, Pennsylvania where he grew up. He then served his country in the U.S. Air Force.

On August 29, 1952 he was united in marriage to Dorothy Lee St. John. After their marriage they lived in Smithville where they made their home. His wife, Dorothy, passed away March 25, 2015.

Frank worked for J&L Steel Company for many years. After his retirement he was a janitor at the Smithville High School.

Frank was also preceded in death by his parents and nine brothers and sisters.