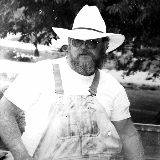 He was born on June 24, 1944 to Francis G. and Mary Ellen (Duncan) Karl in Walla Walla, WA. Francis grew up near Plattsburg and graduated from Plattsburg High School. He then served his country in the U.S. Navy.

On November 7, 1967 he was united in marriage to Vera Christina Ruud. After their marriage they lived near Hemple and made their home in rural Plattsburg. His wife, Vera, passed away July 22, 2015.He was a member of St. Ann’s Catholic Church in Plattsburg.

Rosary: 6:00 p.m. Monday at the Hixson-Klein Funeral Home in Gower with visitation following until 8:00.