In Remembrance of Eric House 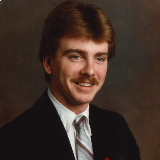 He was born on September 28, 1965 to Gary Milford and Connie May (Tyer) House in St. Joseph, MO. He grew up near Gower and graduated from East Buchanan High School. He attended Missouri Western State College and received his Mortuary Science Degree from Mid America College of Funeral Services in Jeffersonville, Indiana.

He was a funeral director for Park Lawn Funeral Home for many years. Eric was a tour bus driver for Arrow Stageline and drove a school bus for the East Buchanan School District.

He was preceded in death by his mother.

Eric is survived by his father, Gary; uncles, Darrel House and Dale House; several cousins, other relatives and many friends.

Donations may be made to the Gower Christian Church or the Gower Lions Club.