In Remembrance of Doug Foster 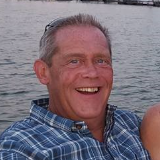 Doug was born on June 10, 1962 in Monticello, IA and grew up attending school in Cherokee,  IA until the family relocated to Primghar, IA in 1978. Doug graduated from Primghar High School in 1980 and attended Westmar College in Le Mars, IA.

On September 13,1997 Doug married Julie Lynn Lane in Ames, IA. They briefly lived in Cambridge, IA, New Market, MD, Colorado Springs, CO, and eventually settled in Smithville, MO in 2005, where they made their home and raised their daughter Alex.

Doug worked in the food service industry for 27 years, many of which were spent with Perkins restaurants. Doug was able to fulfill his long time dream of owning and operating The Steak Knife, in Smithville. He had been employed at Wilson-McShane Corporation since 2013.

Doug was a man who never knew a stranger. He was a member of the United Methodist  Church in Smithville and had many hobbies and interests. He was an avid outdoorsman who loved to fish, hunt, trap, camp, and hike. Doug was a handyman, always willing to take on any challenge and took pride in his yard and garden. He enjoyed watching NASCAR and cheering for the Kansas City Chiefs and the Iowa State Cyclones. His love of music was obvious with a passion for drumming and rock music. He will always be remembered for his cooking and grilling skills. Doug had a deep love for his whole family and was a wonderful husband and father! He will be missed by anyone that ever had the pleasure of knowing him.

Funeral services will be held Saturday, June 12th, at 11:00AM at Hixson-Klein Funeral Home in Smithville, with visitation following until 1:30PM.

Donations may be made to the Douglas E Foster Memorial Fund, to be used towards a memorial benefiting his love of nature.