In Remembrance of Dorothy Allmon 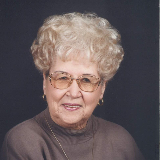 Dorothy Irene Allmon was a classy lady. She was born in Lathrop, Missouri on September 6, 1945 to Irene (McComas) and Thomas Heinz. She had one brother, Bryan Heinz, who was four years older than her. She grew up in the Lathrop, Turney, Excelsior Springs areas.

She was preceded in death by her parents, first husband, second husband, brother and sister-in-law.

Survivors include her nephew Dan Heinz (Marlene) and many great nieces and nephews.

Funeral Services:  11:00 a.m. Monday, November 28th at Hixson-Klein Funeral Home in Smithville with visitation one hour prior to the service.