In Remembrance of Donna Searcy 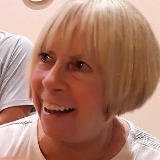 She was born on February 14, 1941 to Virgil Van Buren and Martha Elizabeth (Roberts) Hawkins in St. Joseph, MO where she grew up and graduated from Benton High School.

Donna loved her cats and being with friends and family especially her grand and great-grandchildren.

She was preceded in death her parents Virgil and Martha Hawkins; brothers Billy Hawkins, Cecil Hawkins and Marvin Hawkins; and sister Erma Bennett.

Private family services will be held.