In Remembrance of Donna Compton Follett 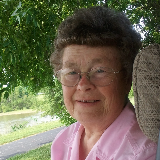 On July 19, 1962 she was united in marriage to James Compton. He preceded her in death on July 30, 1999. Donna was also preceded in death by her parents, Lawrence and Myrtle S. Gasper; two brothers Robert Gasper and Rex Gasper; two sisters Colleen Cockran and Florene Hill; step-son Jim Compton, Jr. and second husband Richard Follett.

Donna is survived by several nieces and nephews including Pamela (Charles) Baskins, Deborah (Richard) Hoffman and Paula Hill; other relatives and many friends.

A Celebration of Life will be held at a later date.