In Remembrance of Darwin Watkins 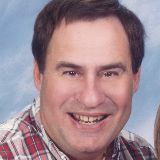 He was born on January 27, 1950 to Lester Eugene and Della Ann (Bouge) Watkins in St. Joseph, MO. Dar grew up in south end of St. Joseph and graduated from Benton High School.

On November 24, 1973 he was united in marriage to Kathleen Watkins. After their marriage they lived in the Agency and Faucett area where they made their home. Dar worked at Peachtree Doors for many years.

Dar was a member of the Agency United Methodist Church. He enjoyed bowling, coaching youth sports, hunting and fishing.

He was preceded in death by his parents, and his sister, Nancy Cram.

Donations may be made to the Parkinson’s Foundation or Fruedenthal Hospice.