In Remembrance of Darren Paden 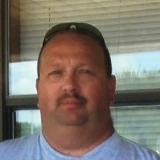 He was born on December 21, 1962 to Jimmy Lee and Esther Marie (Brandon) Paden in Leavenworth, Kansas. Darren grew up in Dearborn and graduated from North Platte High School in 1981.

Darren served his country in the U.S. Air Force for over 30 years. During Desert Storm and Operation Iraqi Freedom he was deployed to set up hospitals. Darren was a bio-medical technician and worked at several hospitals in the area.

He was a member of the New Market Christian Church, and a member of the Shriners. He was also active in the Dearborn Fire Protection District. Darren enjoyed farming, hunting and fishing, especially with his friend, Paco.

Darren was preceded in death by his father.

In lieu of flowers, donations may be made to the North Platte Foundation for the Jim Paden Scholarship.