In Remembrance of Dale Jones 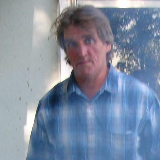 He was born on July 30, 1958 to James Milton Jones, Sr. and Rosemary Elizabeth (Gier) Jones in Kansas City, KS. Dale grew up in rural Platte County and in 1976 he graduated from North Platte High School.

On August 29, 1981 he was united in marriage to Lisa Faye Shanks. After their marriage they lived in Dearborn and Camden Point where they started their family with their two daughters. On January 16, 1987 Dale lost Lisa, the love of his life, to cancer. Dale later moved to Edgerton.

Dale worked in construction and could do a little bit of everything. He was an avid Chiefs fan and watched all sports. He loved spending time outdoors, camping, and his float trips with friends. Most of all he loved spending time with his daughters, grandchildren and life-long friends.

He was preceded in death by his wife Lisa Jones; his parents Jim “Milt” and Rosemary Jones; his brother Rick Jones.

Private family burial will be held at Camden Point Cemetery