In Remembrance of Craig Scheidecker 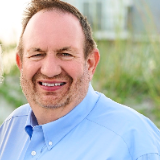 He was born on February 8, 1956, to Robert and Annabel (Jones) Scheidecker in Sandwich, Illinois and graduated from Milan High School in Milan, Missouri. Craig was an avid cattleman, helping with the family’s ranch. He won several awards showing cattle throughout the country.

In 1986, Craig and Elaine moved to Kansas City, MO where Craig attended seminary. He graduated from Midwestern Baptist Theological Seminary where he received his masters of divinity in May, 1989. For the past 40 years, Craig has served the Lord in various chaplain roles working for several prisons, hospice groups, and hospitals in the area. He devoted his life to helping others and spreading God’s word to people who were going through some of the most challenging times of their lives.

He was an avid Missouri Tiger fan and loved watching his sons play sports. Craig enjoyed volunteering in the community, playing table tennis, spending time outdoors, growing plants, riding motorcycle and ATV’s, and most of all spending time with his family.

Craig was preceded in death by his parents Robert and Annabel Scheidecker.