In Remembrance of Connie Gabriel 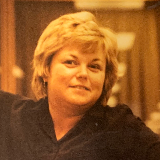 She was born on December 11, 1946 to Eldon A. and Marjorie I. (Foster) Hendrix in Kansas City, MO.  Connie grew up in Smithville and in 1964 she graduated from Smithville High School.

Connie raised her son Jim Miller as a single mother until January 30, 1976 when she was united in marriage to Don Gabriel.  They had a son Nick Gabriel and raised both boys in Smithville where they made their home.

She worked for Alexander & Alexander Insurance and Westrope for several years.  Connie enjoyed antiquing, traveling and camping.  She was devoted to her family and loved attending her children, grandchildren, nieces and nephews activities.  Connie was a wonderful wife, mother, grandmother, great-grandmother, sister, aunt and friend who will be missed by all.

Donations may be made to Northcare Hospice