In Remembrance of Chris Turner 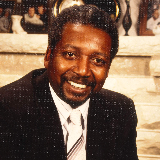 He was born on June 21, 1945 in Clarksdale, Mississippi. He grew up and attended school in Kansas City, MO. Chris then served his country in the U.S. Army during the Vietnam War.

On April 12, 1986 he was united in marriage to Pridgett Moody. After their marriage they lived in Kansas City where they made their home.

Chris was a driver for the Metro KCATA for over 20 years. He enjoyed shooting pool, fishing and barbequing. He was preceded in death by his parents, one brother, and two sisters.